You can speed up the performance of your DI Studio client by increasing memory via the JavaArgs_1 variable in the distudio.ini file.  A suggested approach is to increase from -Xmx512m to -Xmx1024m. 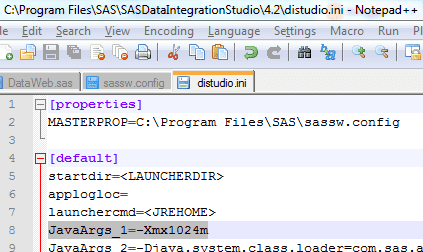 This is further documented in usage note 41571.  A similar update can be made to SMC (useful when importing / exporting large packages).

Note that the max memory that will go in JavaArgs is typcially 1536.